Have you Checked my Store? 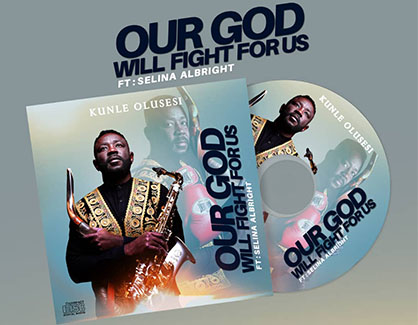 Check to know when i’ll be in your city 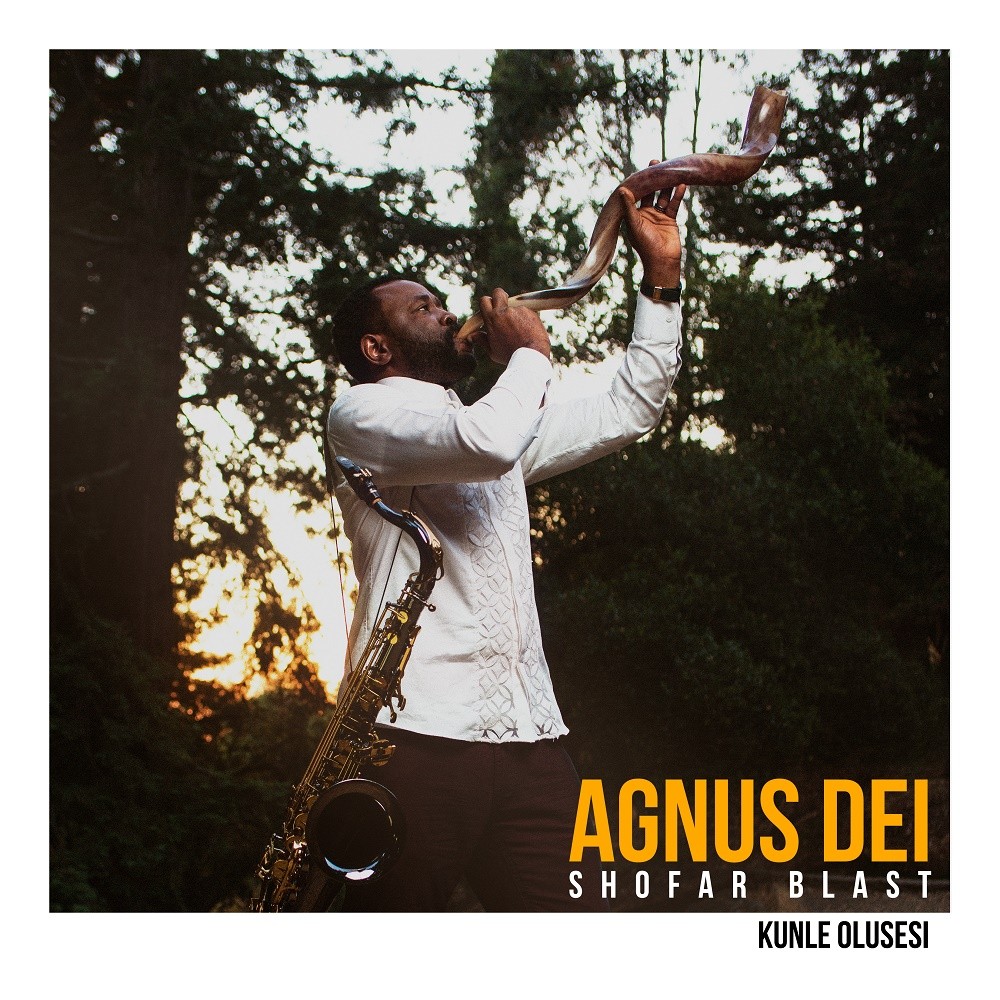 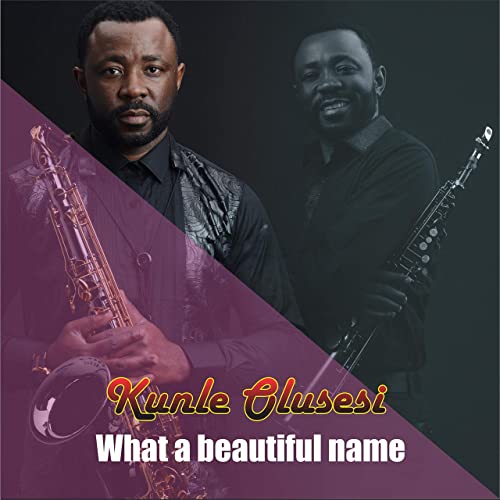 What A Beautiful Name 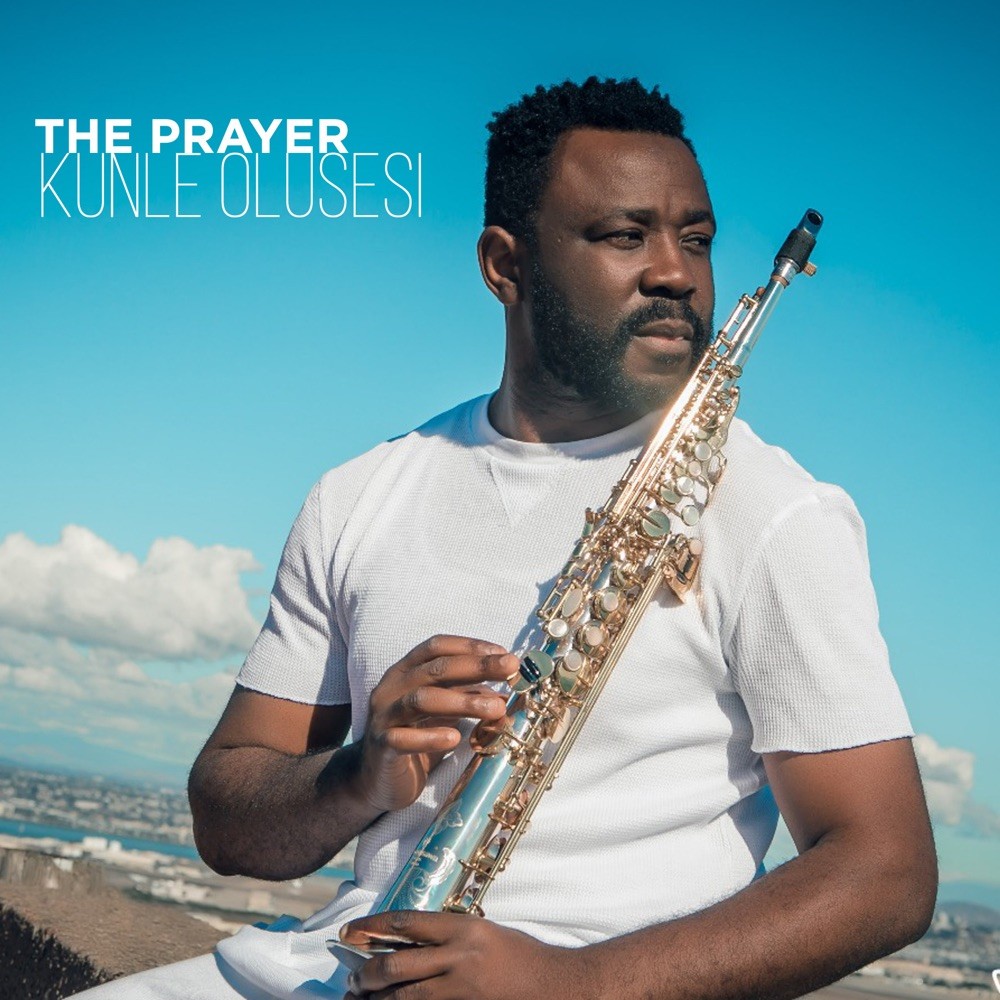 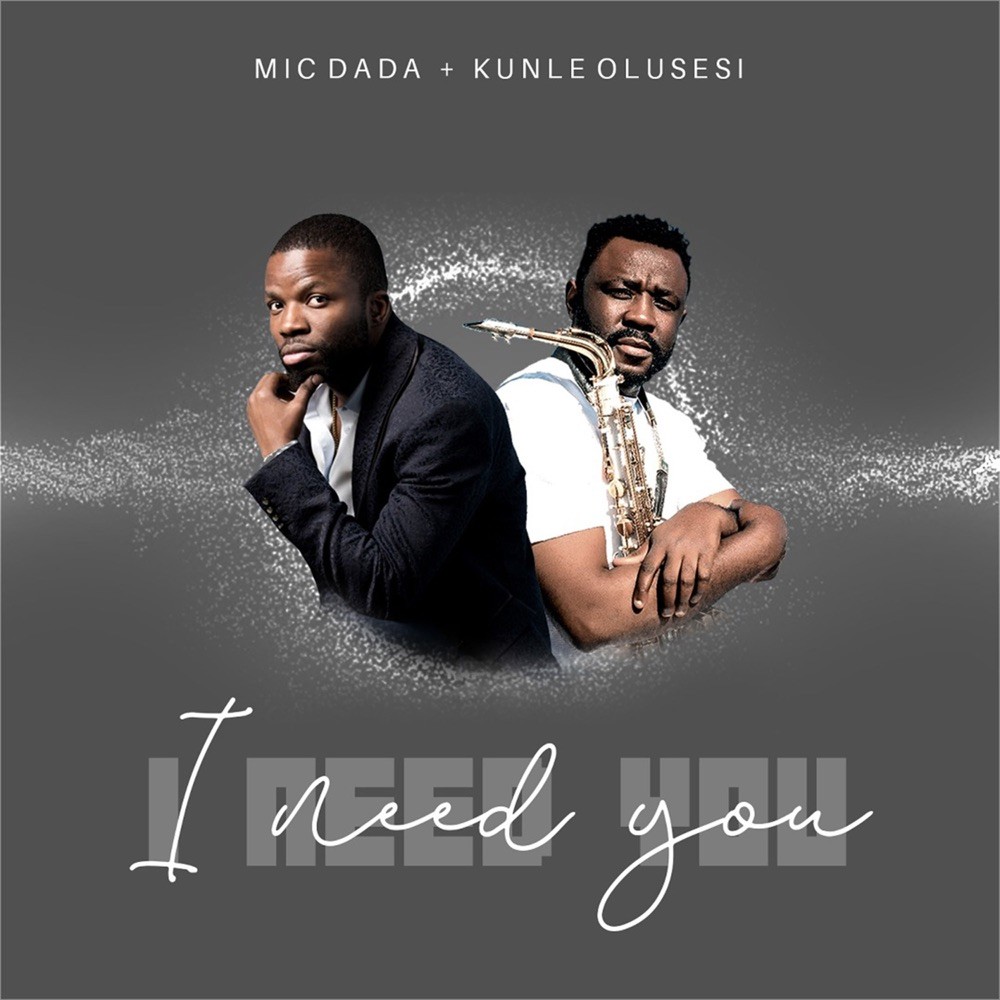 Driven by his empowering belief that music gives our soul freedom because there are no rules guiding the creative spirit, Kunle Olusesi has emerged as one of the most prominent and influential saxophonists and composers in his native Nigeria, West Africa. Drawing from a wide range of American urban jazz sax influences ranging from the late Grover Washington, Jr. to Kirk Whalum, Kunle has created a soulful, seductive vibe he calls “Afro Smooth” –a blend of African melody, acoustics and smooth jazz with a focus on strong emotional expression that invokes a traditional touch within a fresh contemporary framework. Now, Kunle is taking a unique, multi-faceted approach to bringing his “Afro Smooth” vibe to the West. Since relocating to the Bay Area in 2014, he’s made exciting inroads into bothgospel/jazz and mainstream urban jazz with an exciting array of recording projects....

Building on his success back in the Nigerian church community and hundreds of performances at birthday and anniversary celebrations and weddings, he has become a popular performer in a multitude of congregations Stateside, while also bringing his Afro Smooth sounds to many secular events and settings. Over the past year, he has headlined the Orinda Jazz festival benefit concert for Hurricane Matthew, the Jazz Vesper concert tour kick-off with PeACE Entertainment, the National Prayer Quake convention at the Shrine Auditorium in Los Angeles Walnut Creek Community Art Jazz Band benefit concert at Montecito Senior Center in Concord, CA, and the Tribute to legendary African afro-beat pioneer FELA at the Black Repertory in Berkeley.

the mainstream contemporary jazz side, he is currently gearing up to release + 234 =415, his first Afro Smooth project in the U.S. The EP, appropriately named for the countrycode of Nigeria and the area code of his new home of San Francisco, features threegrooving, in the pocket studio originals and an explosive live rendition of his song “MagicRain,” which includes an opening segment featuring a romp through Grover Washington,Jr.’s “Mr. Magic.”A graduate of the School of Audio Engineering (SAE) in Emeryville, CA, Kunledrew upon his expansive studio skills to record both Triumph and + 234 = 415.“I have been playing sax for many years in different styles, and I have always felt thatthere should be no stylistic limits to the recordings I make and the audiences I play for,”he says. “I have a strong background in Africa playing both gospel jazz and secularevents like weddings, anniversaries, birthday parties and the sailor’s lounge Sundayspecial -and I am excited about creating opportunities to get involved playing music inAfrican and African American church communities stateside.

“I based the set list for Triumph on my favorite songs that I saw on a Billboard Top 20Gospel Songs chart and which I felt I could make my own,” Kunle adds. “Gospel jazz is anexciting market that hasn’t been tapped into enough, and I did these songs in a jazzy waythat I felt would be appealing to fans of both genres. And with the mainstream AfroSmooth jazz I am creating, my goal is to present a unique style and undeniable vibe thatblends my American influences with African melodies and instrumentation reflective ofmy cultural background.”Growing up in Nigeria, Kunle’s parents wanted him to be involved in both musical andchurch activities. He was a member of The Boys’ Brigade, an international Christianyouth organization that taught discipline, ambition and character.

While learning thebugle as his first instrument, he sang tenor and baritone in his church choir.Later, while studying computer science at Ogun State University, he discovered a passionfor saxophone and began dedicating himself to it after receiving an alto as a gift from afellowship he was part of. He played in churches and in various bands all through school.After finishing at the top of his class, Kunle was able to secure steady work as an ITprofessional at a bank –but he soon began gigging enough to make music his full timecareer. Over the years, as he played with different bands and for all of his home country’smajor pop artists, he expanded his musical arsenal to include flute, oboe, bass clarinet,EWI, shofar and piano.“More importantly all of these experiences helped me build my confidence to a levelwhere I took a leap of faith and became an artist and began putting musicians togetherand forming my own band,” says Kunle, who released his first Afro Smooth orientedmixtape CD in 2013. “From the onset, I loved pop, jazz, easy listening, ambient music andjazz fusion.

Listening to favorite American smooth jazz artists like Grover, Kirk, DaveKoz, Paul Taylor and Richard Elliot, I also developed a love for the funky, uptempoR&B/soul side of contemporary jazz. My success as a performer was especially gratifyingbecause in the place where I come from, most parents don’t encourage their children to make music because it isn’t considered a stable enough career. It’s considered taboo.”While overcoming those obstacles to become one of Nigeria’s top woodwind players,Kunle also began teaching music to people of all ages. Launching his training company Sax Planet in 2005, he began doing “mobile teaching” to everyone from five year oldchildren to 70 year old adults. He also negotiated deals with dealers to help his student’s,other individuals, public schools, and the Top 40 private school music departments, purchase musical instruments at affordable prices. Now, he’s ready to take on the American jazz market as both a gospel jazz musician and a mainstream contemporary jazz “Afro Smooth” artist.

“It’s all about finding ways toexpress myself in the language of music, and touch people in different ways,” he says.“It’s a blessing to have the opportunity to use my saxophone and other instruments as an avenue to communicate about the world around us, from personal relationships to what is happening in our nation and to God. I feel fortunate to have played for thousands of people over the years, and it’s always wonderful to be the merrymaker in the room setting the festival atmosphere. But sometimes, it’s the little things that matter most.Like when this one person said, ‘This was the only time in my life that someone played‘Happy Birthday’ for me, and it meant so much.’ This is why I love what I do, am excited every time I get on stage.”

If you are looking for a dynamic ministry that lift up the hands of 5 fold ministry and goes where many others won’t go and does what many others won’t do, you’ve found your match with Kunle Olusesi Ministries. We are committed to reaching the lost, broken, depressed, lonely and hurting. In each service, we worship till Heaven touches Earth and God’s glory can be felt by all. You’ll be pleased with the professionalism and heart with which Kunle and the team stir your audience to go deeper in the things of God.

While Kunle and the team are on the road nearly every day of the year, we are not able to accommodate every invitation to minister. You can be assured, however, that we will do our very best to offer substitute dates if the date of your choice is unavailable.

Please complete the form below to invite Kunle to minister at your upcoming conference or event. And thank you for considering us for your special event! We pray God’s blessing on all you do as you reach the world for His glory!


Fill all form field to go to next step 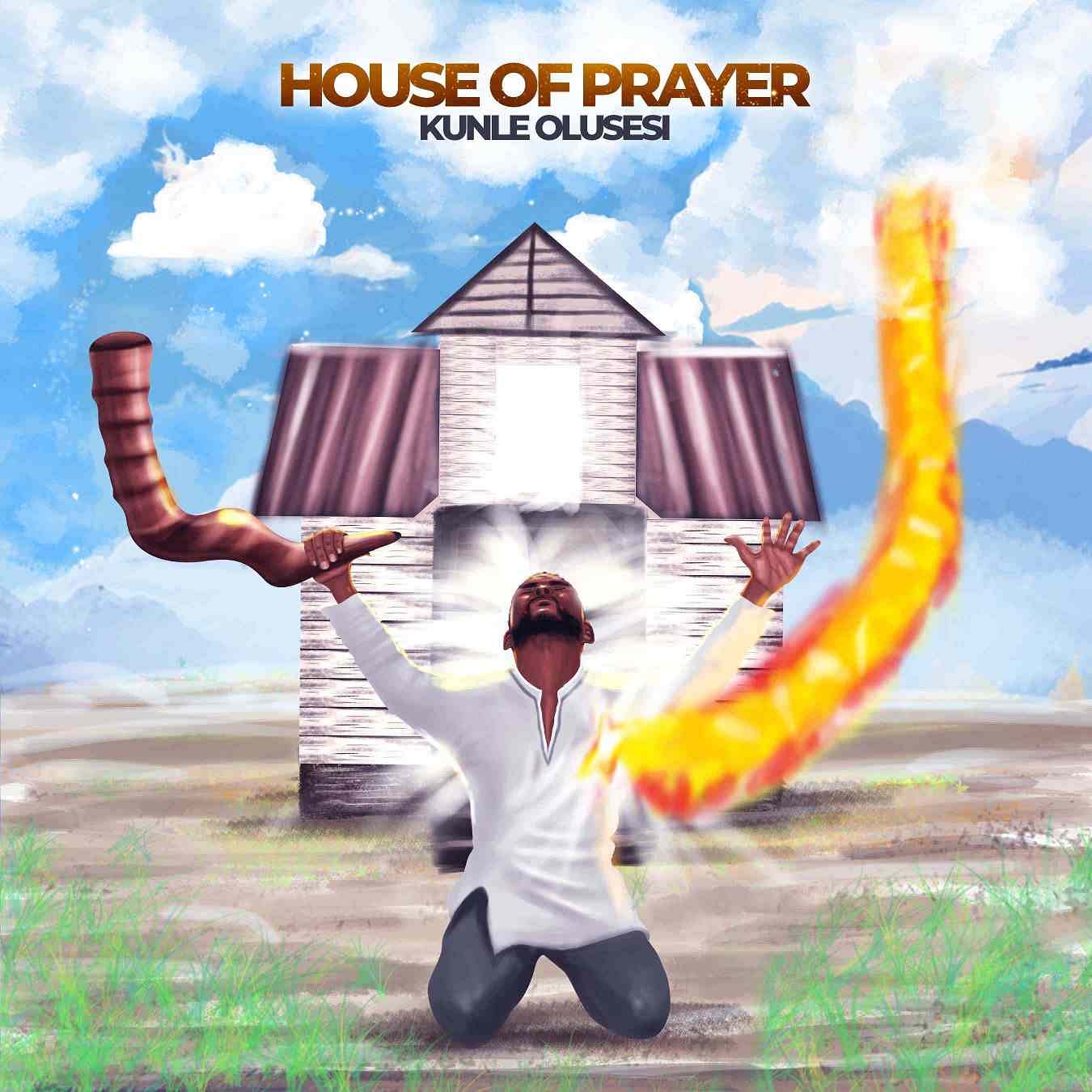 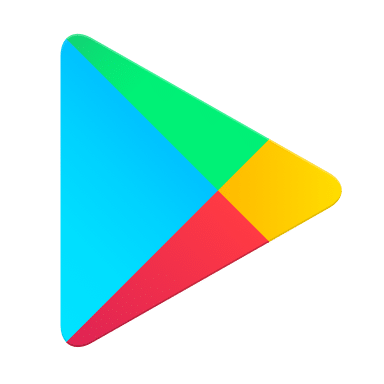